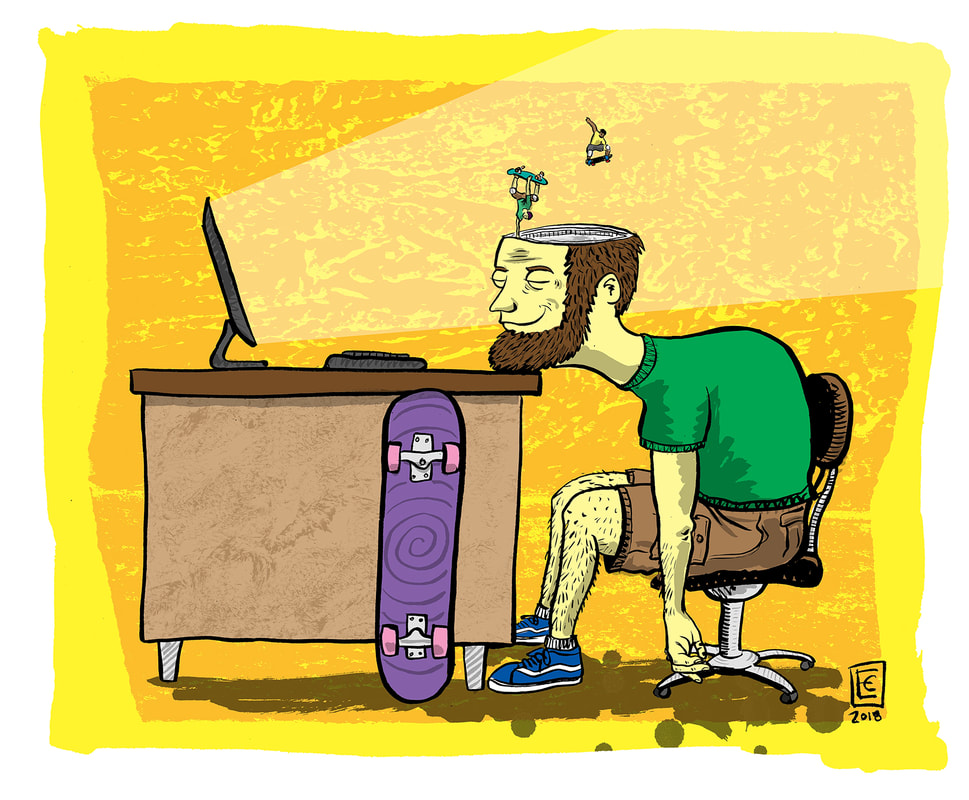 Eric Clarke is an illustrator, musician, and educator who lives in the small town of Montgomery, Massachusetts with his wife, Meagan, and two daughters, Caroline and Emily. Ever since he can remember, Eric  always wanted to be an artist and creator. . As a child,  his love for fantasy, monsters, MAD magazine, and Wacky Packages fueled his interest in drawing and creating something new daily.

After graduating high school from Southwick, Massachusetts, he attended Pratt Institute in New York City to earn his BFA in illustration. Since 2000, he has a been working as a freelance illustrator, t-shirt printer, and middle school art teacher. Mostly working for regional projects, some of his illustration work includes: beer can labels, album covers, skateboard graphics, t-shirt designs, and illustrations in a music video for Capital records, Mini Mansions.

Currently  Mr. Clarke is enrolled in the MFA in Illustration program at The Hartford Art School, and will graduate in July of 2019. Most recently, the illustrator has finished up his first book called Monstah States, and self published it in May of 2019.

Along with his passion for illustration, Eric is also an accomplished musician who has toured all over the U.S. in the bands Delvic and The Capps. Although he is currently taking a hiatus from playing out, he still plays for fun with his friends.
​
Proudly powered by Weebly